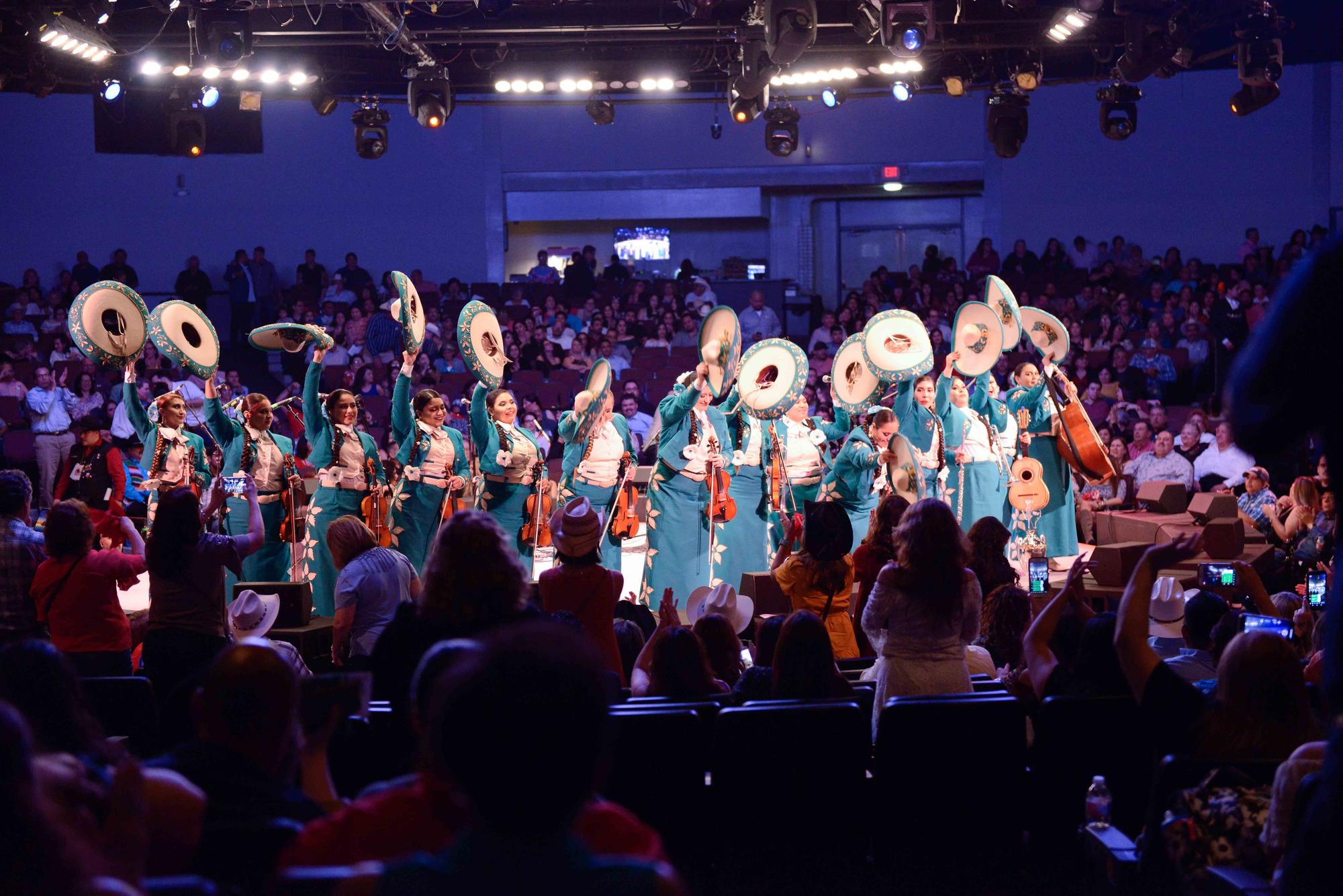 The Premier All-Female Mariachi of the Southwest!

Formed in the spring of 2001, Mariachi Femenil
Flores Mexicanas has established itself as the premier all-female group of the
Southwest; captivating audiences from all over the world.  The versatility of the mariachi is reflected
in a wide-ranging repertoire that includes boleros, huapangos, corridos, sones,
cumbias and much more.  Their rich sound
and inspiring musicianship is the product of each member’s discipline,
experience, and passion promoting a strong yet elegant statement not typically
seen in this traditionally male-dominated art form.  Born of a region noted for its cultural
diversity, the all-female ensemble continues to redefine the genre and break
new ground in the United States.

Mariachi Flores Mexicanas has shared the stage
with world–renowned mariachi groups such as Mariachi Vargas, Mariachi Los
Camperos De Nati Cano, Mariachi Nuevo Tecalitlan, Mariachi Sol de Mexico de
Jose Hernandez and Mariachi Reyna de Los Angeles.  Las Flores have accompanied and toured with
Grammy winner Lila Downs; shared the stage with Juan Gabriel, Aida Cuevas, Ozomatli,
Beatriz Adriana, Jose Jose, and many others.
Actively involved in their hometown community, Flores Mexicanas enjoy
donating their time for church functions, city celebrations, teaching the youth
and are proud to promote causes such as women’s health awareness.  Mariachi Femenil Flores Mexicanas was the
face of the Passionately Pink for the Cure campaign sponsored by the Susan G.
Komen Breast Cancer Society in 2006 and featured in the Spotlight 2006 benefit
for the Border AIDS Partnership hosted by film star Josh Lucas.  Mariachi Flores was the
only mariachi featured at the Hillary Clinton rally in El Paso, TX in 2007 and
currently participated with the Beto O’Rourke senate campaign.  Since then, Las Flores have been headliners
and instructors for the Silver City, NM Mariachi Conference and the Chandler,
AZ Mariachi Conference.  Amongst all
their achievements, Las Flores Mexicanas also released their first album in
2007 which continues to have much success.
They are currently finishing their next album.

Under
the direction of Lilly Sanchez, Mariachi Flores Mexicanas has broken barriers
in this male-dominated genre and continues striving to achieve a solid and
respected position for female mariachis in the musical world.